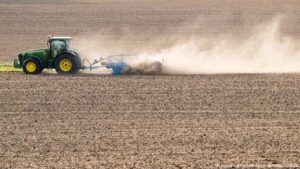 People have been blaming farmers for climate change, but everyone is a contributor to climate change by going to school in the car or going abroad. Only some environmental factors are related to agriculture such as methane gases (gases from sheep and cattle) and ammonia. Climate change also makes it harder to farm day to day for example the summer of 2018 which was one of the hottest summers in the last decade with many machines going on fire. Last summer was a very wet summer. And it was very hard to get out and get harvesting done. As one of the largest greenhouse gases producers we have to try and reduce our greenhouse gases. The government responded by saying that Ireland has to reduce our national sucker herd by half. Which has happened but only to be replaced by a bigger national dairy herd.

News that has come from the EU in Brussels that CAP payments will now be based on how the farmer has complied with “green obligations”. Before this CAP payments were based on how many acres and entitlements the farmer has. This new way that CAP is being paid will be introduced by January 1st of 2021. This is going to be a difficult challenge for the farmers to face. I am sure that the farmers will be able to adapt and change to this situation like every other situation that they have been in over the years such as foot and mouth back in 2002 and the current beef prices.